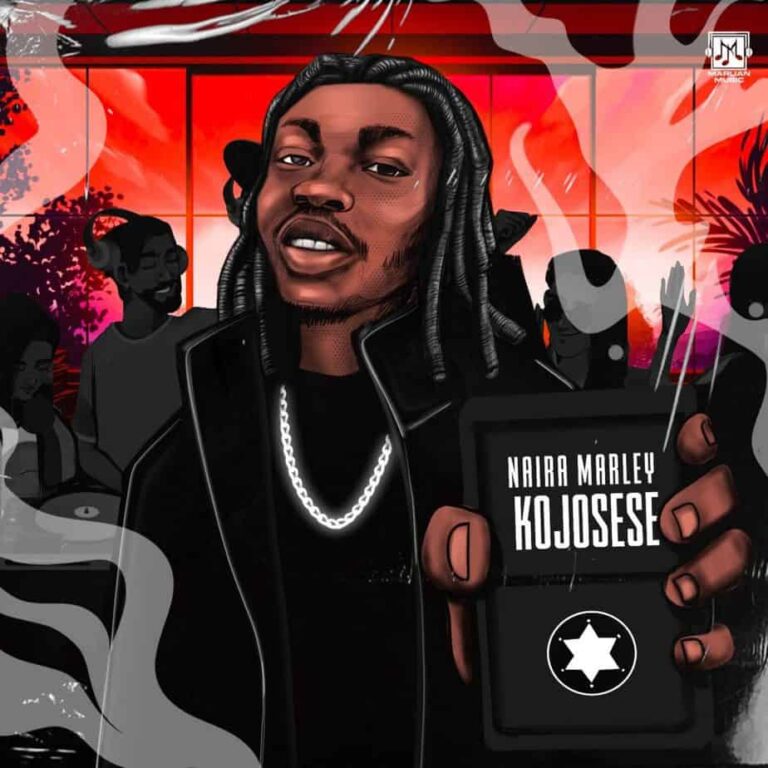 Naira Marley wraps up 2021 with this dance tune titled ‘Kojosese‘, produced by Leo Beatz. This song is a follow up to Naira’s previously released single, ‘First Time In America‘.

Following the success of his 5 city, US tour which kicked off in Chicago, New York and wrapped in DC. ‘First Time In America’ celebrates countries from around the world and Naira’s experiences he’s had and yet to have across the globe. Another hit Produced by Rexxie.

With First Time In America Video (Directed by Walu), Naira Marley gives his die hard fans “The Marlians” a sweet taste of what to expect from the long-awaited upcoming album.

Peckham’s underground legend Naira Marley is a key pioneer in the UK Afro-bashment scene, fusing his inimitable Lagos accent with trap, bashment, Grime, and Afrobeats to create a sound that encapsulates the melting pot of London’s constantly innovative club scene. He is also the new face of the Street Music in Nigeria who has scored a number of street hit tracks, An artiste with a large fan based and soldiers called – Marlians!

Off the upcoming “This Is Africa” Album Naira Marley never misses with the beats. Kojosese is set to be another international dance crazed anthem just in time for the club nights and festivities this winter.

According to NM, This new single “KOJOSESE” comes in 2 parts; ‘Part 1. KOJOSESE December 16. Dropping part 2 when d song’s out December 16. When it comes to lamba fi le fun oko Iyawon‘.