The organisers of Big brother Naija, a top reality TV show have apologized over an article posted on the website, in which a house mate, Kiddwaya was portrayed in bad light.

This was following last night’s party when another house mate, Laycon claimed he was protecting Erica, who was drunk, from her lover Kiddwaya, aledging that the couple may have s3x under the influence of alcohol.

Apparently, Laycon was also interested in Erica but claimed he resisted kissing her all night because of the respect he had for her, saying he won’t do so when she was drunk but thought otherwise of Kiddwaya.

The article on africamagic.dstv.com came hard on Kiddwaya, calling him a “serial flirt” while Laycon was hailed for being a gentleman and respecting boundaries.

An excerpt of the piece reads, “Take a look at the man Erica chose to give her heart to, Kiddwaya. He has been a serial flirt and though Erica was one of his targets, she wasn’t his first choice like she was for Laycon… When it comes to respecting boundaries, they don’t come any better than Laycon. While most other men would have forced a kiss, Laycon’s patient manner, and calm demeanour has shown that in the race to win Erica’s heart, he’s a marathon runner, not a sprinter”.

This didn’t go down well with fans of the show who launched an attack on the organisers with the hashtag #JusticeForKiddwaya and threatened to sue bigbrother for defaming Kiddwaya and showing bias towards Laycon.

Bigbrother has since issued an apology for their bias and taken down the said article from their website. However, this action has made fans of the show to question the motive of the organisers, with some aledging they may have anointed a winner irrespective of votes cast. 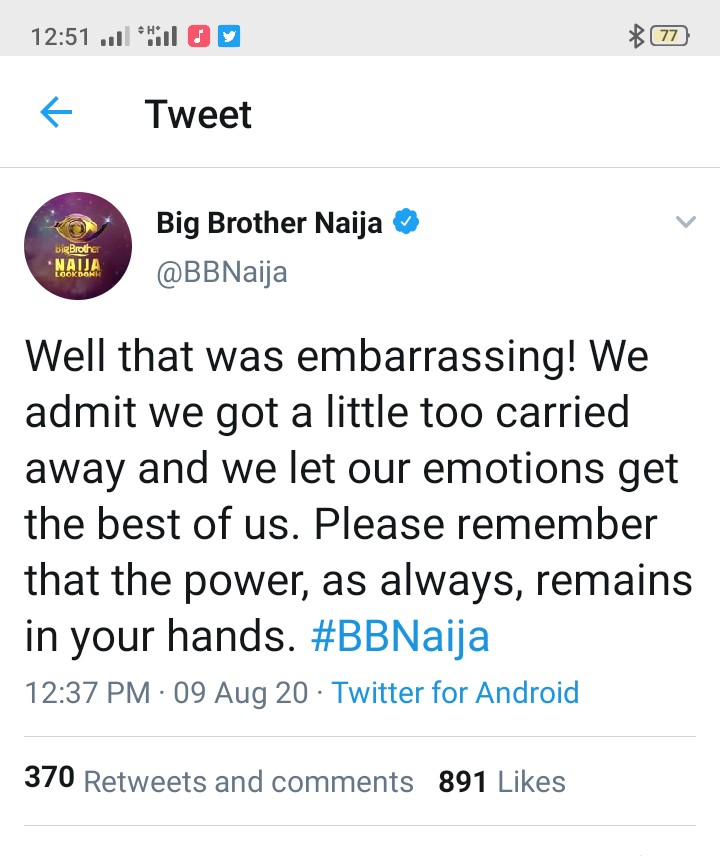