A Twitter influencer has reacted after being called out by a fellow social media user of having an affair with his father. 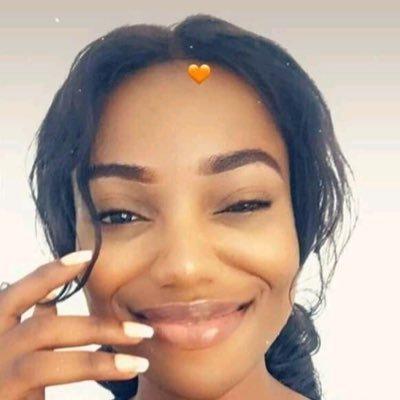 One Wayne Sinzu called out a female Twitter user, Vivian Rora with username @vivianrora of having an affair with his father which has almost cost his parents their marriage.

According to the young man, his mother had noticed that something off about the man in question but was not sure until Wayne confirmed.

In reaction to the allegations, Vivian publicly declared sleeping with Wayne’s father while stating affirmatively that she would not leave anything soon due to the financial benefits attached.

See the exchange below … 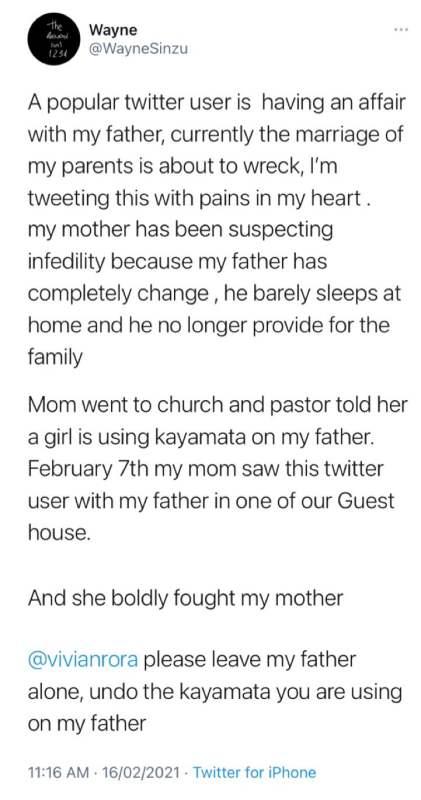 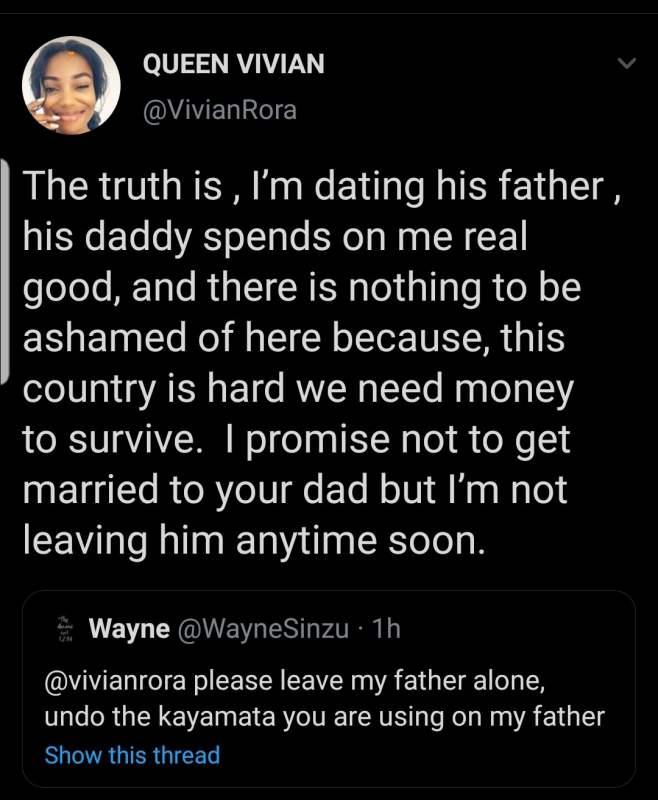