A Nigerian bride has been trending on Twitter after she received a wrapped cutlass from a guest during wedding.

According to the sister of the bride who shared the experience on Twitter, the yet to be identified guest wrapped a cutlass and presented it to her sister. 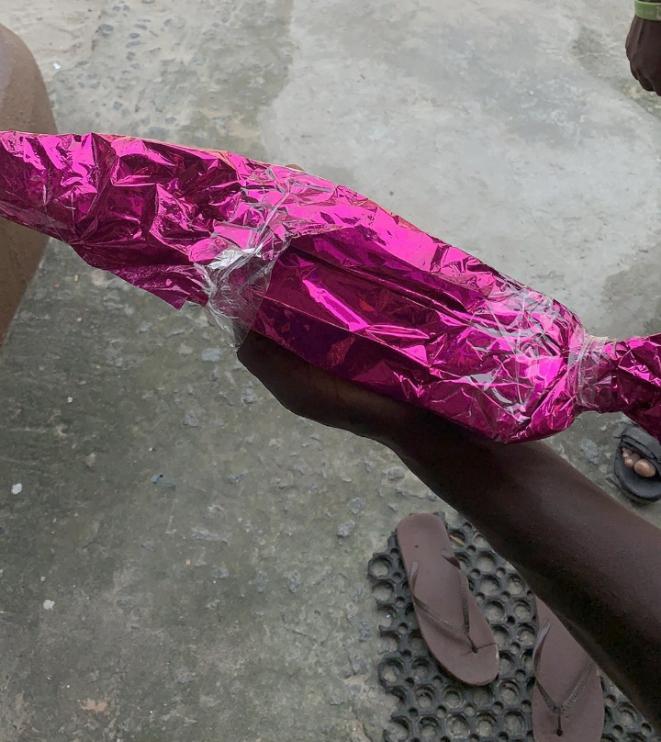 While unwrapping the gifts, they discovered that it was cutlass and the bride’s sister angrily took to her Twitter page to announce the incident.

“Why would someone give my sister a wrapped cutlass as wedding gift?” She wrote.

While some fans advised them to dispose the cutlass, others have advised the family to resort to prayers. 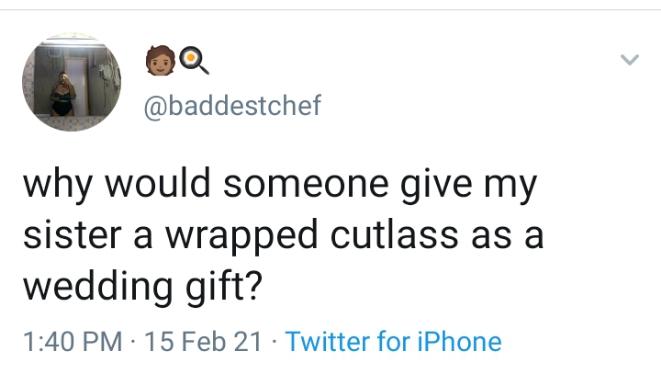