The number of confirmed coronavirus cases worldwide topped 600,000 early Saturday, as the death toll shot over 28,000. The total stood at 607,965 as the sun rose on the East Coast after a surge of cases were reported in Europe. 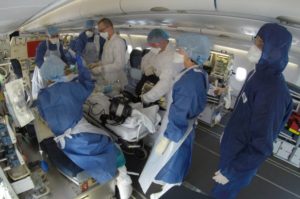 However, five countries have reported more than the 1,711 deaths recorded in the 50 states: Italy, Spain, China, Iran and France.

Most countries in Europe are under some kind of lockdown.

Like New York City’s overburdened hospitals, the healthcare systems of Italy, Spain and France are buckling under the strain of the wave of cases.