It seems Ozo has been rejected by his love interest live, Nengi, on National TV.

During the live eviction show on Sunday, 9th August, Nengi was asked by Ebuka what was going on between herself and Ozo, adding that she seemed to be stringing many guys in the house along.

Nengi responded that nothing was going on between herself and Ozo nor with anyone.

Ebuka responded by telling her that it didn’t seem like that, reminding her of her statement regarding having a boyfriend outside the house.

Nengi responded by letting Ebuka know that she already told Ozo that she had someone outside and wasn’t planning on having anything intimate to do with him. 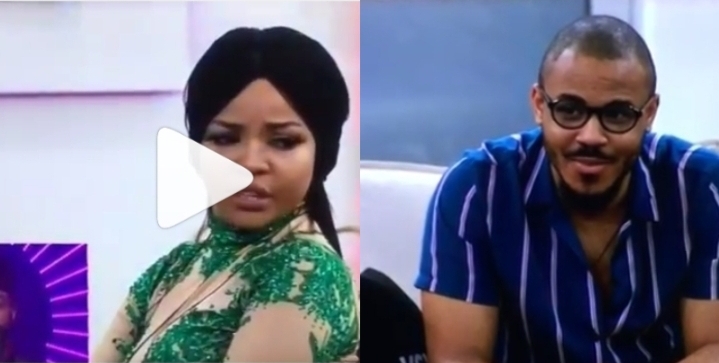