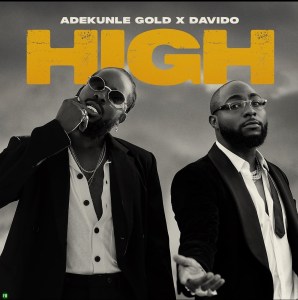 The new impressive song by Adekunle Gold “High” features DMW boss, Davido who did blessed the song with a melodious verse.

READ THIS:  Lyta – Hold Me Down

The new song comes right after the successful release of Adekunle’s previous jam “Sinner” which was released few weeks ago.

Listen and download High by Adekunle Gold ft Davido below;