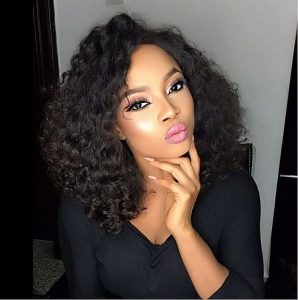 Before now, there were reports across social media that the palatial mansion in Banana Island, Lagos belonging to the controversial media personality was seized by AMCON.

This made Toke Makinwa an object for ridicule as many Nigerians trolled her on various social media platforms, especially twitter.

However, a statement released this evening by her publicist, Andrea Manuela Giaccaglia, states that Toke is the sole owner of her Ikoyi property and that it has not been confiscated by AMCON.

The statement adds that legal action will be taken against the originators of the report that her house has been taken over by AMCON.

Read the statement below:- 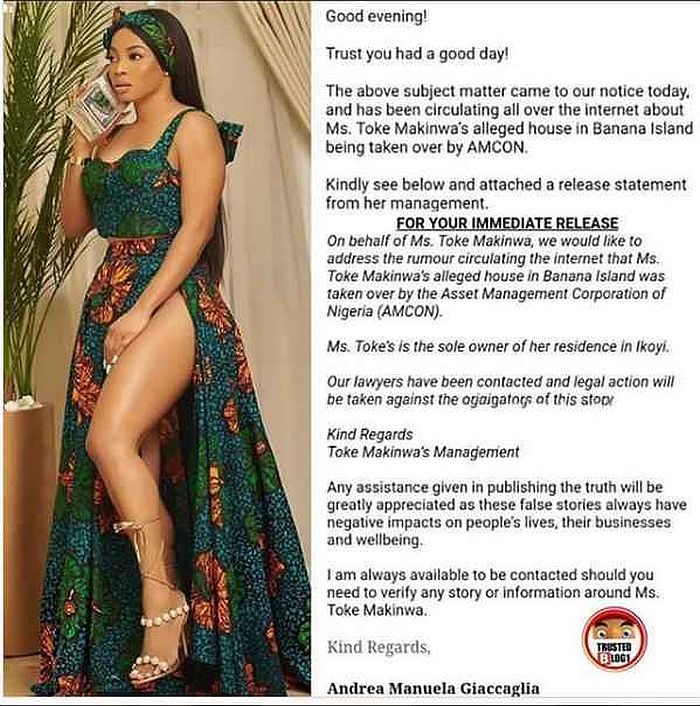