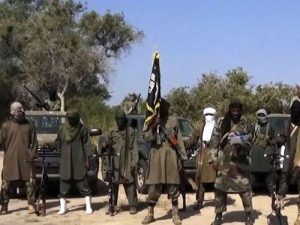 About 28 Nigerian soldiers lost their lives in an ambush by Boko Haram insurgents along Damboa/Maiduguri Highway, about 30 kilometres away from Damboa town.

However, the military in a statement by Coordinator, Defence Media Operations, Maj.-Gen. John Enenche, said only two soldiers were killed in the ambush.

The incident happened on Tuesday morning when the troops of 25 Task Force Brigade deployed to Damboa in conjunction with elements of Sector 2 Special Forces were on clearance operations along the Damboa-Maiduguri Road.

“We lost about 28 soldiers to Boko Haram terrorists. The guys came unexpectedly with sophisticated weapons.

“They were about 120 soldiers who were on clearance operations. We had information that some people were being held captive by the insurgents and that was why the soldiers were mobilised to clear the area.

“The soldiers ran into ambush along Damboa-Maiduguri Road. We later sent in a reinforcement to clear the area and recover their bodies,” a military source said.

In the past months, soldiers have been targeted by the insurgents, who lay ambush on their path.