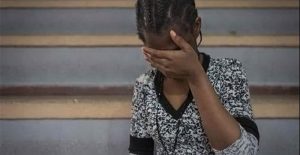 A 30-year-old man identified as Adeoye Makinde, was on Wednesday, tried in a Magistrate court in Oshogbo, Osun State, for allegedly sexually molesting a 13-year-old girl

The Police Prosecutor, ASP Fagboyinbo Abiodun, told the court that the defendant committed the offense on June 16, at about 1.30pm, at Isona area, Ilesa.

According to him, the offense contravened the provisions of Section 360 of the Criminal Code Cap 34 vol 11, laws of Osun, 2002.

The defendant, however, pleaded not guilty to the charge of indecent assault of a minor.

The defense counsel, Mr. Olatunbosun Oladipupo, prayed the court to grant his client bail in the most liberal terms.

In his ruling, Magistrate E.I. Omisade granted the defendant bail in the sum of N200, 000 with one surety in like sum.

Omisade directed that the surety must reside within the court’s jurisdiction, NAN reports.

The magistrate, then, adjourned the matter until July 10 for mention.