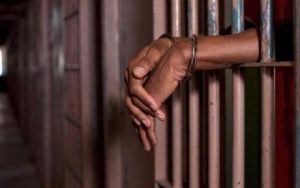 Residents of the Sasa community in Ibadan, the Oyo State capital have arrested a man suspected to be a ritualist.

We gathered that Sasa, one of the communities in Akinyele local government area is where a 42-year old woman was killed last week.

Akinyele is the local government where incessant killings have been recorded in the last two months.

A five-year-old boy identified as Mujeeb was also killed by some suspected ritualists two weeks ago.

We, however, gathered that a suspected ritualist who is said to be one of the masterminds of the killings has been arrested in the early hours of Sunday following a failed attempt to kill his victim in the area.

Our correspondent gathered on Monday that the suspect was arrested by local security popularly known as Soludero.