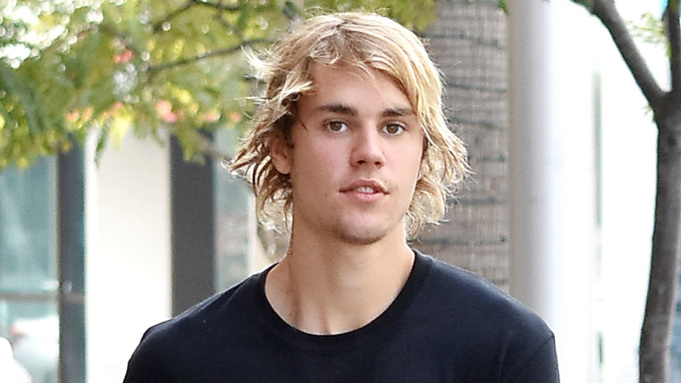 The singer was accused by an anonymous woman named “Danielle” on Twitter. But it was quickly deleted after Bieber, who is seeking legal action made a response to the allegation.

”I don’t normally address things, as I have dealt with random accusations my entire career, but after talking with my wife [Hailey Baldwin] and team, I have decided to speak up on an issue tonight,” he tweeted.

“Rumours are rumours, but sexual abuse is something I don’t take lightly,”

“I wanted to speak out right away but out of respect to so many victims who deal with these issues daily, I wanted to make sure I gathered the facts before I made any statement.” he added.

He then addressed the accusation head on, claiming that he was never present at the cited location (the Four Seasons hotel in Austin, Texas) on the alleged date (9 March 2014).

“There is no truth to this story,” he said. “As her story told, I did surprise a crowd in Austin at SXSW [South by Southwest] where I appeared on stage with my then assistant side stage and sang a few songs.

“What this person did not know was that I attended that show with my then gf Selena Gomez.”

He claims that he spent the night of the alleged assault at an Airbnb with Gomez.

Bieber, who was 20 at the time, says he then stayed at the Westin hotel after Gomez went home, and posted a photo of what he says is an invoice for his booking under the name Mike Lowery.

Mike Lowery is the name of Will Smith’s character in the Bad Boys franchise.

“Every claim of sexual abuse should be taken very seriously and this is why my response was needed,” Bieber continued, calling the story “factually impossible”.

“I will be working with twitter and authorities to take legal action,” he said. 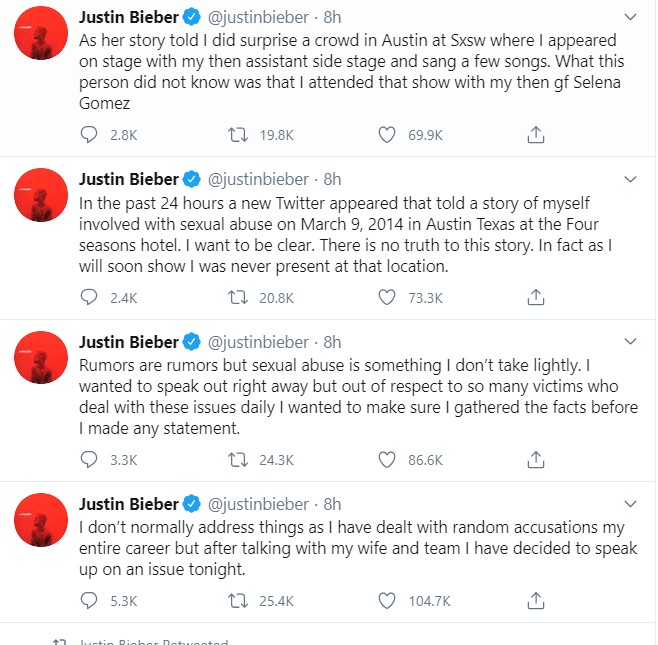